What is the point here? The whole text is loaded of cliclés, people that you will hardly find, etc most of time just pissing people off.

I don’t think Brazil is the best country in the world. Also, I don’t think Brazilians don’t make mistakes. Actually we do all the time but most of us really care about our mistakes specially those were pointed out. Some feel like an expatriate, alien in own country. Others reflect about how we could improve. Others  simply don’t accept teases from John Does.

Yes, I make mistakes all the time, and as most of Brazilians, I don’t speak English. However, I will try my best to explain which points I consider valid and which not:  for those who want to know better about Brazil, for those who want to avoid the Brazil and for those interested to know what could/should be improved.

Unfortunately, the list of criticisms is a total mess with some repetitions and mix of arguments aiming Sao Paulo and others Brazil. So, I took the liberty to get only the first twenty and sorting according with my criteria of what is reasonable in such way that should be easier to talk about.


Valid points, somehow exaggerated, but nothing to say

Brazilians have no respect for their environment. They dump big loads of trash anywhere and everywhere, and the littering is unbelievable. The streets are really dirty.

Brazilians constantly interrupt and talk over each other. Trying to have a conversation is like a competition to be heard, a shouting match.

Brazilians are super social and rarely spend any time alone, especially meals and weekends. This is not necessarily a bad quality but personally I hate it because I enjoy my space and privacy, but the cultural expectation is that you will attend (or worse, invite) friends and family to every single meal and you are criticized for not behaving "normally" if you choose to be alone.

Brazilians stay very close, emotionally and geographically, to their families of origin their whole lives. Like the previous point, this is not necessarily a bad quality but personally I hate it because it makes me uncomfortable and affects my marriage. Brazilian adults never "cut the cord" emotionally and their family of origin (especially their mothers) continue to be involved in their daily lives, problems, decisions, activities, etc. As you can imagine, this is extra difficult for a spouse from another culture where we generally live in nuclear families and have a different dynamic with our families of origin.

The mosquitoes from HELL.

And finally, Brazilians only have 1 kind of beer (a watery pilsner) and it really sucks, and of course, imported beers are expensive.

The food may be fresher, less processed and generally healthier than American or European food, but it is bland, repetitive and very inconvenient. Processed, frozen or ready-made foods in the supermarket are few, expensive and generally terrible. Most foods are made from scratch and if you can't afford a maid to do it for you, you'll spend a lot of time in the kitchen. Restaurants abound but there are few convenient options, as Brazilians favor sit-down meals and there are almost no drive-thrus except crappy fast food.

Is this guy considering that exist any healthy/gourmet fast food? It is sad that good and healthy food are well-valued in some countries. (sigh!) Fortunately (and unfortunately for Americans) Brazilians favor sit-down well prepared meals.


Brazilians have a very prominent class system. The rich have a sense of entitlement that is beyond a caricature. They think the rules do not apply to them, that they are above the system, and are very arrogant and inconsiderate, especially with each other. The poor, meanwhile, are paid so little that they never have an opportunity to lift themselves out of poverty and therefore often turn to crime or simply become lazy and indignant regarding their jobs because they see no hope for the future and no point in trying to do a good job.

It is one of the evil effects of large inequality (but, althought USA is a richer country with a stronger democracy, etc, USA inequality and unfairness is not far away from Brazilian reality).

Brazilian police are essentially non-existent when it comes to enforcing laws to protect the population, such as enforcing traffic laws, finding and arresting thieves, etc. Laws exist, but no one enforces them, the judicial system is a joke and there is usually no recourse for the citizen who is robbed, cheated or otherwise harmed. People live in fear and build walls around their houses or pay high fees to live in gated communities.

Other evil effect of the large Inequality. So much inequality and absence of governmental support allowed criminality to flourish. Police, judicial system’s and everything else exists but the challenge is so big to actual forces to handle that only a martial law could enforce security in those conditions; The democratic way takes more time.

The only way that the estate can deal with high inequality is getting resources from well-fortunate richer people and providing oportunities for unfortunated poorer ones. In first part, this guy is complaining about the "very prominent class system". Now he is complain about taxes. o.O Two important observations:

(Brazilians are usually late. About laziness: Brazilians work more than Americans.
http://research.stlouisfed.org/fred2/series/AVHWPEBRA065NRUG
http://stats.oecd.org/Index.aspx?DataSetCode=ANHRS
Also, it is always good to remember those unreliable services such as communication are provide by multinational company normally with headquarters in Europe or America).

True but blame others

Ok. Where are the companies that provide internet service and electricity facilities for Brazilians are from? Let me guess… Zaire? Lao? Or do you think that Brazilians invented the internet and all electric engineering?

The natural resources, abundant as they are, are being squandered at an amazing rate with little or no recourse.

Do you know what is biopiracy? Guess who are the biggest Brazilian forest woods buyers?
http://www.stanford.edu/class/e297c/trade_environment/children/hindustry.html http://www.greenpeace.org/brasil/pt/Noticias/estados-unidos-e-o-1o-pa-s-no/

It is not about Brazilians


Brazilians are aggressive and opportunistic, and usually at someone else's expense. It's like a "survival instinct" in high gear, all the time. The best example is driving. If they see a way to pass you, they will, even if it means almost killing you, and even if they're not in a hurry. So why do they do it? It's just because they can, because they see the opportunity. They feel like they always need to take whatever they can, whenever they can, regardless of who is harmed as a result. Brazilian women are overly obsessed with their bodies and very critical of (and competitive with) each other.

It is a global phenomena; just to point it out, see  http://healthyhelperblog.com/2012/10/11/americas-obsession.

Brazilians make everything inconvenient and difficult. Nothing is streamlined or designed with the customer's convenience in mind, and Brazilians have a high tolerance for astounding levels of unnecessary and redundant bureaucracy. Ah ok. Try to get an American Visa to see how easy it is.

Water safety is questionable. Brazilians drink it without dying, sure, but based on the total lack of enforcement of other laws and abundance of corruption, I don't trust the government that says it's totally safe and won't hurt you in the long term. 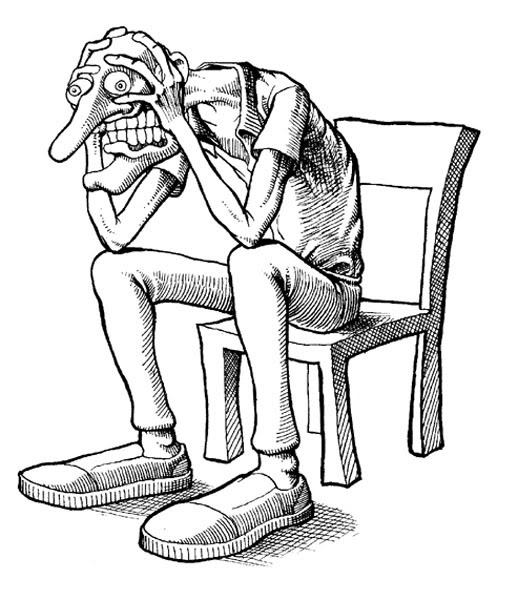 In other words: “I am paranoid and it does not matter what you can prove, I think this water is unsafe”. So, nobody needs to discuss it since no evidence will be considered here, right?

For business owners, following the rules and paying all your taxes makes it almost impossible to be profitable. As a result, corruption and bribes in business and government are commonplace. The bureaucracy, laws and high taxes exist to provide the opportunity for the corrupt to facilitate "working around" the system. Meanwhile the consumer is forced to bear an extraordinarily high cost of living, thereby exacerbating poverty.

Taxes are excuses for nothing; Europe countries have a heavier tax system and it does not mean more corruption’s space. Also, cost of living in Brazilian (big) cities is far cheaper than most of cities in Europe countries or America.
http://www.numbeo.com/cost-of-living/rankings.jsp
Last but not least, some foreigner companies bribe Brazilian Government. Ex:
http://www.dw.de/siemens-bribery-case-spreads-to-brazilian-politics/a-17268276
The question is, where does the corruption come?

Brazilians tolerate an amazing amount of corruption in both business and government. While all governments have corrupt officials, it's more obvious and rampant in Brazil than most countries, and yet the population keeps re-electing the same people.

Changing president party from PMDB to  PSDB and after PSDB to PT is “keeping re-electing the same people”???

Brazilians have no consideration for people outside their immediate circle, and are often just plain rude. For example, a neighbor who plays loud music all night; and even if you ask him politely to turn the volume down, he tells you to f**k off. And basic politeness? A simple "excuse me" when someone almost knocks you over on the street? Forget it.

All neighbors play loud music all night? Have you never listen “desculpa”?

Brazilians, especially men, are highly prone to extramarital affairs. Unless the man never leaves the house, odds are he has a mistress.

Too frivolous point - it should be nice to see some evidence.

Brazilians are very expressive of their negative opinions of others, with complete disregard about possibly hurting someone's feelings.

I never read/listen it before and never realized it unless from specific persons.Just to figure it out, is the author expressing negative opinions of others, with complete disregard about possibly hurting someone’s feelings?

It's hot as hell 9 months out of the year, and central heating/cooling doesn't exist here because the houses are not constructed to be airtight or insulated or include air ducts. So you either suffer for 9 months or confine yourself to a small room with a wall a/c unit. And in the 3 months where it actually gets "cold," you freeze at night.

Absolutely inaccurate - can you describe 8 millions square kilometers weather condition with: 9 months hot as well and 3 months freeze at night? (Northeast and Rio cold at night? - are you serious?) However, considering this inaccurate statement as true will lead us to ask another question: why should people pay for an expensive isolation/heating system if it will only be used for 3 months at night (in São Paulo, even in winter average low temperature will be 11 celsius degrees)? Just to please any foreigner?